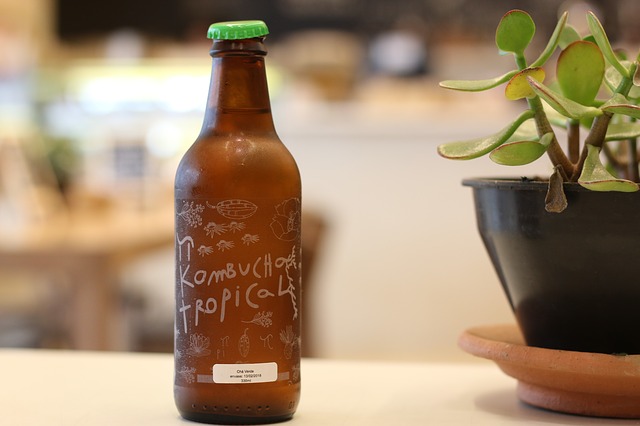 Made from tea, Kombucha is a fizzy drink that’s been around for almost 2000 years. Kombucha was first brewed in China and then spread to Japan and Russia. In the early 20th century, Kombucha became sought-after in Europe, and its popularity grew in the US and the rest of the world alongside its reputation as a health and energy elixir.

While there isn’t sufficient scientific evidence or independent studies to support the health claims of Kombucha, in this post, we’ll take a closer look at how Kombucha is made and explore its various suggested health benefits.

How is Kombucha Made?

The three fundamental ingredients you’ll find in all Kombucha are yeast, sugar, and tea. To start, these three ingredients need to be mixed together and then left for about a week. During this time, bacteria and acids will begin to form. This is known as fermentation and is similar to how traditional sauerkraut or kimchi is made.

The bacteria and acids start to form a film on top of the liquid. This film is called a Symbiotic Colony of Bacteria and Yeast (or SCOBY for short). And, you can use this same SCOBY to ferment more Kombucha. 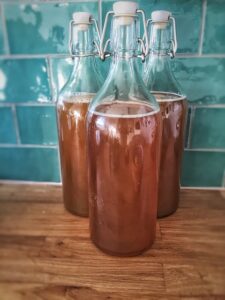 What are the Health Benefits from Kombucha?

Perhaps the two most recognized health benefits of Kombucha is that its bacteria includes lactic-acid bacteria–which works as a probiotic. Secondly, Kombucha also contains a healthy dose of B vitamins. Amongst other things, B vitamins are crucial for optimal energy levels, proper brain function, and cell metabolism. Below are a few other potential health benefits from Kombucha: 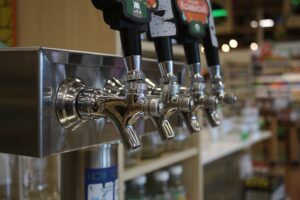 Remember that while some of these studies show benefits in mice, this does not mean that they will have the same effect on human participants. While Kombucha may have many potential health benefits, more human-based research is needed in order to provide substantial evidence. In the meantime, drink up and enjoy delicious Kombucha at home or on tap at your favorite restaurant or bar. Not only does it taste great, but Kombucha it’s a great alternative to sugary sodas and juices.

Contact Us

How to Pour the Perfect Draft Beer